Bruno is SWAP’s Director. He started SWAP as a way to offer affordable top-notch soccer training in the Michiana area while teaching players the importance of living a life with excellence, discipline and integrity. After having played futsal from a young age for ISBA in Salvador, Brazil, Bruno came to the US as an exchange student to Niles, MI and Elkhart, IN,  and then as on a soccer scholarship to Bethel College, IN.  Bruno has been involved with coaching youth soccer for over a decade in the area.  He’s coached for clubs Northwest United, Michigan City Travel Club, MSA, Elkhart Flames, and Goshen Stars. Coach Bruno hold a US Soccer “D” License, Level 3 Futsal Certificate from US Youth Futsal, and has been part of the coaching staff for  US Youth Futsal Regional ID Camps in 2015 and 2016 that helped to select players for the US Futsal Youth National teams.

Here is what coach Bruno has to say about futsal: ” I think a lot more people in the US and the world are realizing that the most skilled professional outdoor soccer players in the world grew up playing futsal. It’s a great game to develop refined motor skills and speed of thought while playing.. Also, once a child plays futsal, they immediate fall in love with it because they are constantly touching the ball and being part of the game. I’m glad to be a part of a small group of coaches/clubs helping to make the game of futsal more popular.” 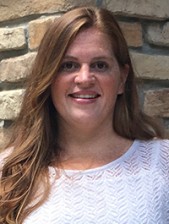 Lisa started SWAP along with Bruno to put into practice what she believes God calls us to do: To use our gifts and passions to further God’s Kingdom.

She’s super helpful with registration, payments, etc. and you can always see her court-side assisting kids/parents with whatever they many need.

She also helps us with conditioning/strengthening for our program. Besides being an amazing mother, Lisa was a 3-sport star at Michigan City High School, as well as an accomplished volleyball player from an early age. She still holds records at Bethel College, IN, where her and her team won a National championship. Lisa also has an amazing tactical eye for any kind of sport and often has great ideas for our  program and teams. 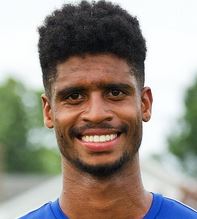 Willian is a SWAP Coach and Social Media Manager. Willian is From Brazil and has great experience with the game. Willian started his career playing futsal for Cruzeiro Academy (Caio Sports) at age 10 and made his transition to outdoor with 15. He played for 4 years in Youth Academy of a professional team called Joinville Sport Club. After that, Willian started his college career at Bethel university 2 years ago and has been the team’s captain. Willian has been involved with SWAP for 2 years and has been a great addition to the team with his experience and encouragement.